I have been trying for a while to post something new , but I am suffering from a brain stop phase, everyday I get loads of Ideas, but once I'm in front of my laptop I lose track of what I wanted to write about, so I end up deleting the crappy draft .

The last 2 weeks have been really busy for me, lots of welcome backs, goodbyes, new glasses (that I thought would change the way I look to the world...didn't happen), New job location... any one would say " these are endless reasons to write something " but it is just not working.

Last year was a hard one, lots of broken dreams - even small dreams were hard to achieve - , but we still attached ourselves to the 1% of "It wont be that bad" possibility.

Even you believe that a New year is a reason for new hope, it is a milestone for putting the bad things that happened in a closed box, and move on with a smile that indicated that you are sure that next year will be better, but since we all want to forget bad memories and have hope, why do we have to let a stupid calendar do it for us? ... Everyday can be a milestone and we can have the same hope we pretend to have at the beginning of every new year... as Duke Nukem used to say: " Let's kick some ass and chew bubble gum".... Happy New Year.

Creativity in a time of financial crisis!

As most of us know, Dubai was one of the places that was heavily affected by the financial crisis, Many people were laid off under the justification of "Downsizing", "Restructuring" and "Cash flow problems" .
Farah Nasrawi a talented designer -who happens to be my cousin - was one of those people mentioned above, but instead of losing faith, hanging around, and doing nothing she starts working on her painting skill, which I found amazing, I shall leave you now with some of her paintings.

Note: the description under each picture is taken as mentioned by the artist. 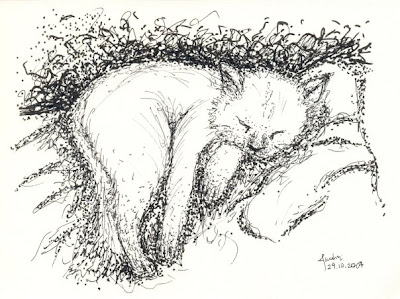 Description: My cat, Caramel - was asleep next to me one night....I couldn't resist sketching her! 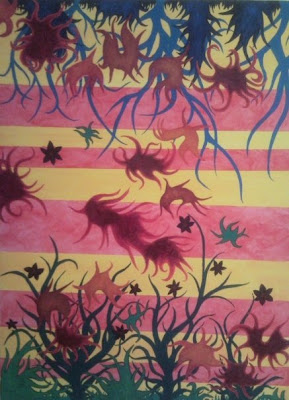 Description: You can decide what this is - i know what it is! :P 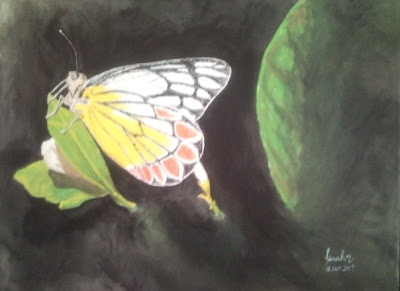 Description: Butterfly - taken from a real image i found in one of my dad's old Butterfly books. 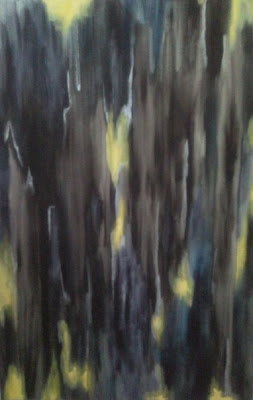 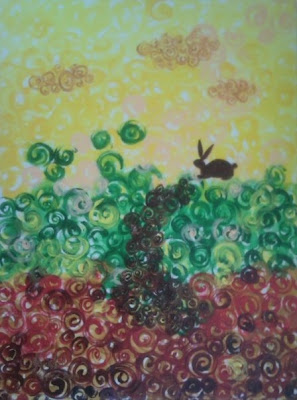 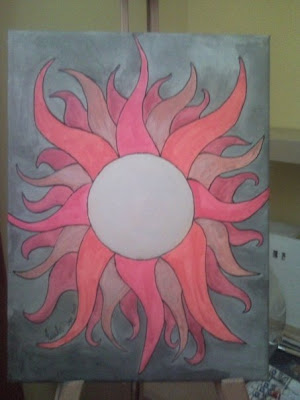 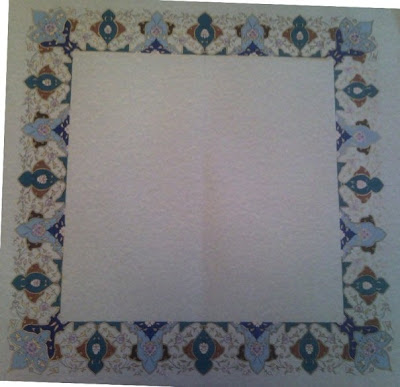 Description:Ornamentation (Zakharafah) that i worked on this summer - the Arabic Calligraphy in the center still needs to be added. 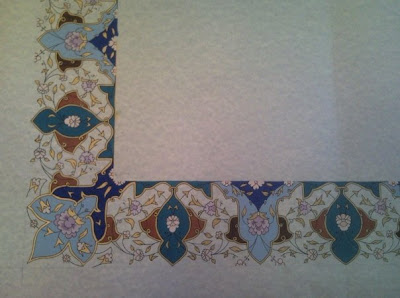 Description: A close up of the ornamentation (zakhrafeh), so detailed, everything hand drawn and painted, took almost a month and a half - which was record-breaking! 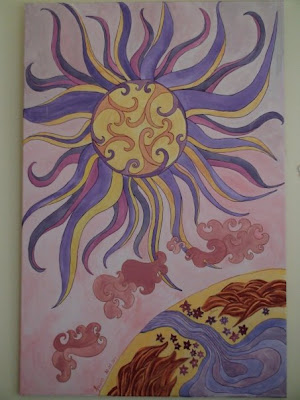 Email ThisBlogThis!Share to TwitterShare to FacebookShare to Pinterest
Labels: Creativity in a time of financial crisis, dubai, Farah nasrawi

These are 9 Movie quotes to relate to the present, try they may seem a bit negative, I hope you find the positive side in them and relate to your life ...
1- Tyler Durden – Fight club

Man, I see in Fight Club the strongest and smartest men who've ever lived. I see all this potential, and I see it squandered. God damn it, an entire generation pumping gas, waiting tables — slaves with white collars. Advertising has us chasing cars and clothes, working jobs we hate so we can buy shit we don't need. We're the middle children of history, man. No purpose or place. We have no Great War. No Great Depression. Our great war is a spiritual war. Our great depression is our lives. We've all been raised on television to believe that one day we'd all be millionaires, and movie gods, and rock stars, but we won't. We're learning that fact. And we're very, very pissed off. 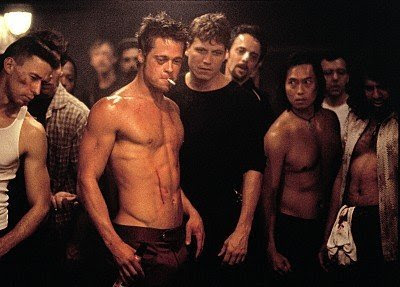 There is something about yourself that you don't know. Something that you will deny even exists, until it's too late to do anything about it. It's the only reason you get up in the morning. The only reason you suffer the shitty boss, the blood, the sweat and the tears. This is because you want people to know how good, attractive, generous, funny, wild and clever you really are. Fear or revere me, but please, think I'm special. We share an addiction. We're approval junkies. We're all in it for the slap on the back and the gold watch. 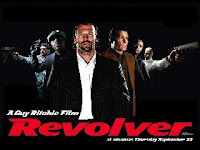 Never hate your enemies. It clouds your judgment. 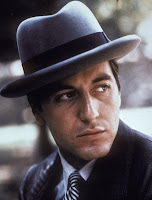 The Road goes ever on and on
Down from the door where it began,
Now far ahead the Road has gone,
And I must follow if I can,
Pursuing it with eager feet,
Until it joins some larger way
Where many path and errands meet.
And whither then? I cannot say.
The Lord of the Rings
The Old Walking Song sung by Bilbo Baggins, Chapter 'A Long-Expected Party'. 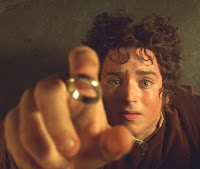 The unlucky are nothing more than a frame of reference for the lucky, Mister Fisher. You are unlucky, so I may know that I am not. Unfortunately the lucky never realize they are lucky until it's too late. Take yourself for instance; yesterday you were better off than you are today but it took today for you to realize it. But today has arrived, and it's too late... You see? People are never happy with what they have. They want what they had. Or what others have...I'm a bad man who doesn't waste time wondering what could've been when I am what could've been and what could not have been. I live on both sides of the fence, and the grass is always green. 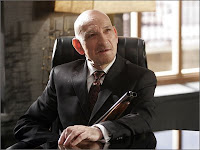 A man has an idea. The idea attracts others, like-minded. The idea expands. The idea becomes an institution. What was the idea? That's what's been bothering me, boys. I tell you, when I used to think of the idea itself, it put a big ol' smile on my face. Greed is for amateurs. Disorder, chaos, anarchy: now, that's fun.

There's no flesh or blood within this cloak to kill. There's only an idea. Ideas are bulletproof.

Do you know that the harder thing to do and the right thing to do are usually the same thing? Nothing that has meaning is easy. "Easy" doesn't enter into grown-up life

You can do whatever you want with your life, but one day you'll know what love truly is. It's the sour and the sweet. And I know sour, which allows me to appreciate the sweet. 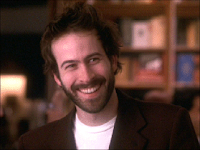 well well, I’ve been tagged by Allouh to wish 3 wishes,
let me think….

here are the wishes that i could think of:

1. Accomplish the dream I'm trying to make true.
2. Advance in my career rapidly.
3. Happiness to the people I know ( only the ones I like).

And I would like to tag the following friends: